After Cymande, Patrick focused on song writing. He worked with the Black Theatre of Brixton and wrote music for and was the musical director of two musicals: Jericho in 1977 and Bunkers in 1982. Patrick’s next musical project was the beginning of a new Cymande project with Steve, Mike and Sam. In 1983 Patrick formed a new band, View From the Hill with Trevor White and Angela Wynter and with further assistance from Steve the band was initially signed to Survival Management and then with EMI/Capitol Records. View From the Hill became one of the premier Soul and R&B bands to come out of the UK recording three albums achieving both UK and US success.

In addition to his musical focus and pursuits Patrick studied throughout this period and was awarded a Master of Law degree and qualified as a Barrister in 1982. Patrick continues to practice successfully in several countries within the Caribbean region.

After Cymande came off the road in 1975, Steve joined the premier South African band Jabula, a band formed by exiled South African musicians in London and involved in the anti-apartheid struggle, with a large and faithful following. Steve remained with Jabula throughout the latter half of the seventies and into the early eighties touring in Europe, Africa and the United States. In the late 1980’s, in addition to other pursuits he worked with Patrick establishing a new group, View From The Hill.

In the early 1980’s Steve pursued a legal career and was awarded a Bachelor of Laws Degree during this period; he qualified as a lawyer in 1988. Steve also pursued post graduate studies and was subsequently awarded a Master of Laws Degree. In addition to his musical focus and endeavours, Steve built a successful practice as a lawyer in the UK and the Caribbean, and was appointed a Queen’s Counsel in 2006.

Together with Patrick, Steve began writing the tracks for the new album in 2010.

After Cymande, Pablo immersed himself in the Rastafarian faith returning to Jamaica where he lived for many years focusing on the raising of his children and song writing.

While in Jamaica he participated in a number of music projects and worked with several Jamaican musicians. He later returned to the United Kingdom and slowly returned to the U.K. music scene including engaging in the revival and celebration of Cymande’s music in a project with Sam Kelly and Mike Rose with the Cymande All Stars and Cymande II. 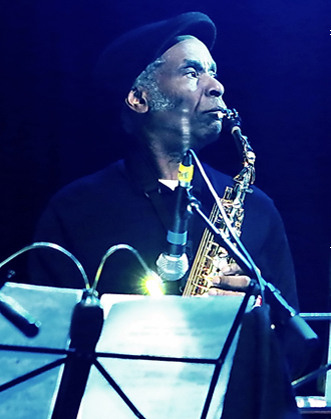 Derrick Gibbs retired from active music performance after Cymande came off the road but remained emotionally a crucial part of the original core membership of Cymande, comprising himself, Patrick, Steve, Sam, Mike and Pablo. Derrick came out of retirement to be a part of the recording of the new album entitled “A Simple Act Of Faith” and has been touring with the band since September 2014. 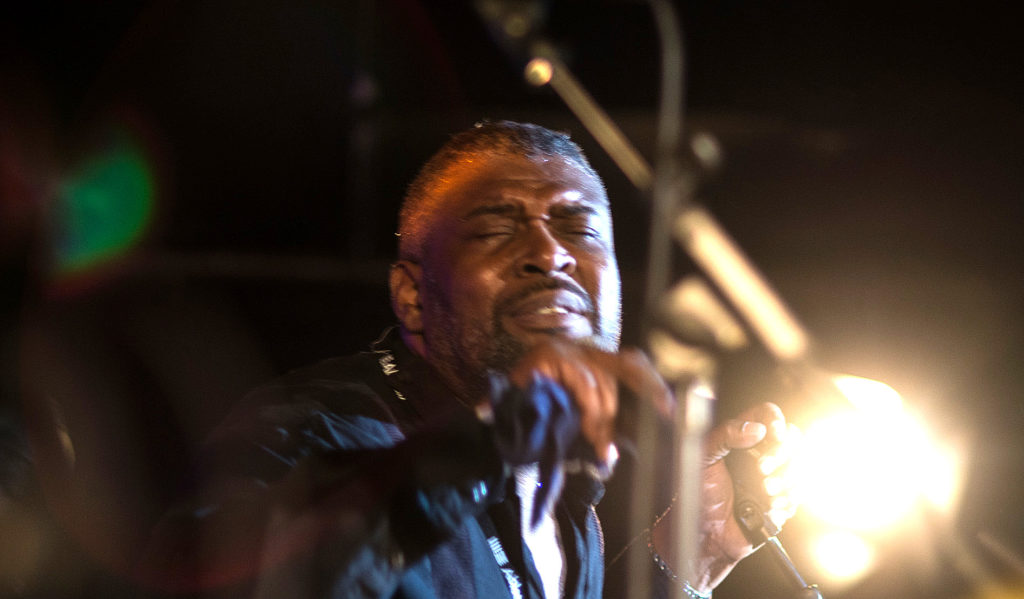 Ray Simpson is a British based recording artist (not to be confused with the American artist of the same name) who was inspired by the soulful sounds of Motown, Stax, Atlantic Records, Philadelphia International and others, which led him to follow his dreams and achieve a career as a musician.

Ray went on to develop a varied solo career as a vocalist, producer and songwriter, writing for himself and other popular artists such as Maxi Priest, Sugar Minott, Al Campbell and Barry Boom to name a few.

In 1984 Ray signed recording and publishing deals with Island Records and Blue Mountain Music, and started to actively explore soul and funk music. He collaborated with Jean Paul Maunick (Bluey), of Incognito, to record vocals on a project produced by Maunick and also toured with Incognito.

In 1989 Ray was signed by Circa Records and recorded his self-titled debut album ‘Ray Simpson’, produced by celebrated American producer Michael J Powell (whose production credits include work with Anita Baker, Randy Crawford among others).

Over the years Ray has worked with Will Downing, Jocelyn Brown, Loose Ends, Maysa Leak and Caron Wheeler and was a featured soloist with UK Funky Dread Band Soul II Soul on their album ‘Time For Change’ on which he penned the single, ‘Pleasuredome‘.

Ray’s connection with Cymande dates back to the origin of the band in the 70’s, when as a young schoolboy he would watch the band practice in their Brixton basement and thereafter follow their progress with great interest through the connection between his family and the family of Sam Kelly and Derrick Gibbs.

When Cymande formally reunited for the new album and tour venture in 2012, Ray was one of the band’s first prospective choices for the role of lead vocalist. At that time Ray’s commitments were such that he was not able to become part of the project. However, the unfortunate withdrawal of Trevor White from the Cymande project at the end of 2015 due to personal circumstances, coupled with Ray’s recent availability, created the opportunity for him to get on board for the US tour in June 2016. 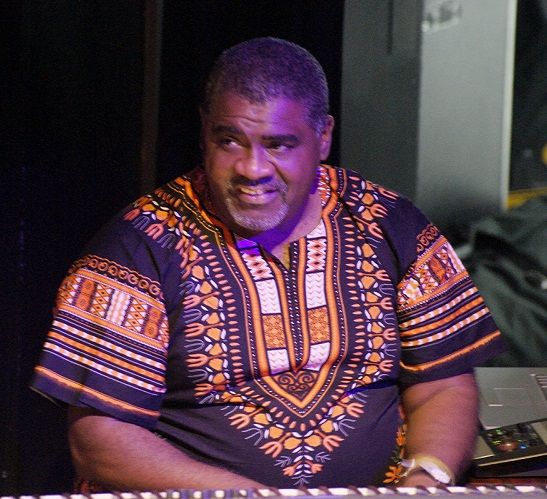 Adrian has worked as the Musical Director and Arranger on West End shows such as “Unforgettable”, a story about the life of Nat King Cole, and the hit musical “Five Guys Named Moe” based on the songs of American Saxophonist Louis Jordan. Adrian was also Musical Director of “Gumboots” and Assistant Musical Directorfor “Kat and the Kings”.  Both musicals hailed from South Africa and were subsequent hits in the West End.

Adrian is a founder member of the Jazz Warriors Orchestra, an educational group formed to assist young jazz musicians.

Career highlights include the Nelson Mandela 70th Birthday Concert at Wembley Stadium with Gerry Dammers and the subsequent performance in the presence of President Nelson Mandela at the Vaudeville Theatre in “Kat and The Kings”.

As many of you will know Ray passed away this year and will be sorely missed.

Once described as one of the London jazz scene’s best-kept secrets, Ray Carless is a tenor soprano saxophonist who has been creating groovy, melodic music with the great and the good for four decades.

He was part of the original ‘Brit funk’ movement and a founding member of London’s best jazz funk outfit Incognito. He has also played with most of the other bands on the Brit Funk scene such as Hi-Tension, Central Line, Linx and Light of The World.

Ray scored a chart hit with his single Tarantula Walk before moving on to become a founding member of the Jazz Warriors, the all black Big Band that launched the careers of many such as Courtney Pine (OBE), Gary Crosby (MBE) of Jazz Jamaica, Roland Sutherland, Jason Yarde, Steve Williamson, Cleveland Watkiss, Julian Joseph and Orphy Robinson.

Ray was invited to join Cymande and has become an integral band member. He recently summed up his move from pure Jazz to multi-genre music: “These days I need lots of variety in my music and I know that I will always retain my strong jazzy flavour. I love my jazz but I’m happiest when I’m able to express myself utilizing the various African Caribbean flavours that I’ve grown up with.” 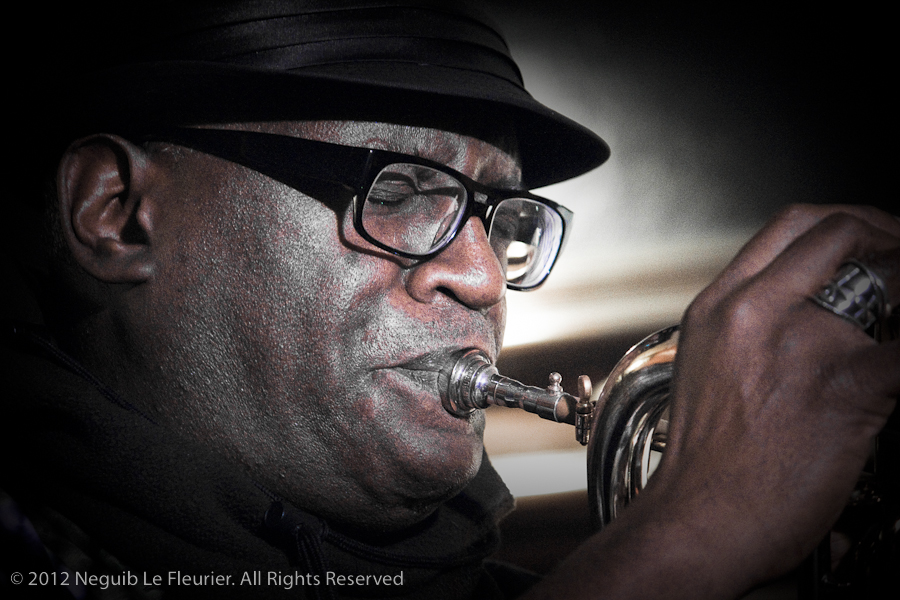 Kevin Davy is a London-based trumpeter, composer, arranger and bandleader. In a career spanning three decades, he has amassed an extensive recorded discography, which includes work ranging from musical theatre to modern jazz and contemporary music. He has toured extensively with groups such as: Lamb, Adam F, Lemn Sissay’s Secret Society, and Finley Quaye.

Born in Nottingham in 1961 and relocating to Manchester in 1986 to study at Manchester Metropolitan University, Kevin attained a Bachelors of Arts degree in General Arts and remained in Manchester until 1994, becoming a well-known figure in the city’s vibrant arts and music scene and building strong affiliations with venues Band On The Wall and PJ Bells where he held long residencies.

In 1994 Kevin relocated to London to work as an actor-musician at the Donmar Warehouse on their production of the Three Penny Opera, directed by Phyllida Lloyd. Collaborations with the writer SuAndi and others followed, participation in many community-driven projects and more recently a longstanding international tour with the acclaimed show Afrika Afrika, conceived by Andre Heller and choreographed by Georges Mamboye. 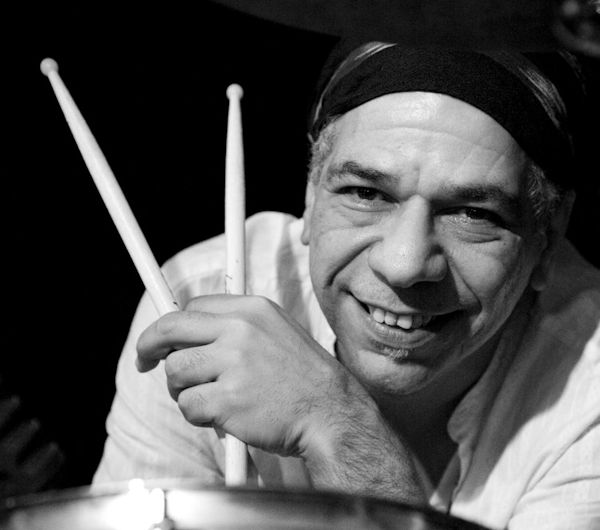 Guyanese-born Richard Bailey started his drumming career in Trinidad at the age of nine, sitting in on percussion, drums and even bass guitar with his elder brother Robert’s (Robert Bailey, keyboard – OSIBISA) group, the top band in Trinidad and Tobago at that time. He also accompanied Robert, who played Hammond organ, to perform TV/Live concerts as a duo. At twelve years old, Richard’s family moved to London where Richard went to school, sitting in on occasional gigs in his spare time, but while at school, Richard also excelled in athletics, becoming Southern England school champ at 100 metres. His father, Emmanuel McDonald Bailey, had held the world record for the 100 yards and won an Olympic Bronze for England. Even so, Richard decided to leave school at fifteen to play drums, leaving behind athletics. By the time he was sixteen he was recording and touring the UK and USA with Johnny Nash and the great Bob Marley. By eighteen he had recorded Jeff Beck’s biggest selling album Blow By Blow (1975, Epic/Sony Japan) to critical acclaim and appeared on the film soundtrack Tommy alongside Pete Townsend, Phil Chen and Roger Daltrey. The next decade saw many recordings and tours varying in style from Rock to Reggae to Jazz to Pop and Latin including two world tours with Billy Ocean and Basia. Richard occupied the drum seat with the the excellent British acid jazz/rock/soul fusion collective INCOGNITO. More recently he has been an integral part of Steve Winwood’s two important return-to-form recordings, 2003’s About Time (Wincraft) and Nine Lives (Columbia). His versatility has made him a first-call kitman for four decades whilst maintaining his own unique style keeps him much in demand.