Band’s Award Winning Documentary “Getting It Back”
Continues Its Run At Film Festivals Worldwide. Read more>

9th March 2022: A great piece about us in The Guardian today: See the article.

4th March 2022: We have been featured in Variety magazine: See the article.

Getting It Back: The Story Of Cymande

Its been a long time in the making but we are delighted to announce that our documentary is now complete and will be launched a South By South West in March 2022. Here is the teaser clip.

After almost 40 years apart, travelling in different musical directions and varied life paths, Cymande came back together in 2014 in answer to the calls for more.

The Core Members comprising most of the original musicians, Patrick Patterson, Steve Scipio, Mike “Bammi” Rose, Pablo Gonsales, Sam Kelly and Derrick Gibbs, the original producer, John Schroeder and engineer, Alan Florence, were reunited and were joined by Adrian Reid, Trevor White  and Ray Carless to bring us the essence of Cymande, armed with their individual and shared musical growth and appreciation.

The current line up sees a couple of changes.  Mike Rose is unavailable at the present time due to other work commitments and Kevin Davy has joined Cymande on trumpet and flugelhorn.  The unfortunate withdrawal of Trevor White due to personal circumstances has handed vocal duties over to the very talented Ray Simpson. 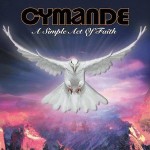 The band were recently featured in an article published in  The Independent. In his regular column entitled ‘The Bonus Track’, Simmy Richman,  the Associate Editor of The Independent on Sunday’s New Review Magazine, he highlights “things in and around the world of music” beyond the mainstream, including “as broad a church as

Rather flatteringly, he writes “It is inevitable then, that while trying to include interesting things that may not be my cup of tea, a couple of acts I ­genuinely love have never received a mention here. This column is an attempt to rectify that”. He starts off with Cymande, and describes us as “brilliant, underrated and …genius”.

Cymande’s first review in 40 years was published by Funk U, the 100% Jazz and Soul Magazine.

Cymande received a lovely little write up about our time in Dublin in MARLBANK, the publication described as the real-time revolution in jazz journalism.

Kicking off their first ever appearance in Dublin at the Sugar Club last night the reunited seminal 1970s funk band Cymande who have been wowing audiences in London and Paris did the very same in a vibrant show as they opened their set with ‘Brothers on the Slide’ in front of an up-for-it crowd at the Lower Leeson Street venue.

Their appearance followed the launch of the Guinness Cork Jazz Festival earlier in the evening where members of the band including core members guitarist Patrick Patterson, and drummer Sam Kelly talked happily with guests about the band’s tour so far reminiscing about touring with Al Green, Kelly mentioning that a new album Crazy Game is in the works to be released later this year….”

Charles Funk And Soul Show where they were interviewed and performed three songs. Here is a taster clip – full session can be heard here.

Cymande appeared on the Mark Johnson Show at Totally Radio in September.

Following the first tour date in Paris in 2014, Cymande stopped by Mi Soul Radio to discuss the tour, new album and how the band first began all those years ago.

Have a listen Here:

We recently appeared on The Robert Elms Show on BBC London 94.9FM.

We played an acoustic version of the song ‘No Weeping’ and discussed the new album.