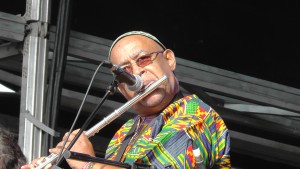 Mike is currently committed to other projects including the Jules Holland Orchestra but remains a long term member.

Mike has consistently maintained his musical pursuits. Like Steve, after Cymande, he joined the South African exiled band Jabula and remained a member of that band throughout the eighties. Jabula toured extensively in Europe, working with the African National Congress, S.A.C.T.U, together with the Anti-Apartheid Movements, raising awareness about the Struggle. Mike later performed with Jazz Jamaica.

For many years now he has been a member of Jools Holland’s Rhythm & Blues Orchestra, playing both tenor sax and flute, as well as participating with Sam Kelly and Pablo Gonsales in a project celebrating Cymande’s music.

Much of Sam’s work following Cymande was as a freelance drummer. Over the years he has held the drum seat for many well-known names in soul, rock and R&B including Eddie Floyd, Dr. John, Chaka Khan, Zoot Money, Ben E. King, Eddie Floyd, Dorothy Moore, Chuck Farley, Root Jackson and Gary Moore. In addition he worked with Patrick Patterson, performing on early BBC Radio One sessions with “View from the Hill” and in the mid-1980’s he worked on another Cymande project with Patrick, Mike Rose and Steve Scipio. Sam has also embarked on theatre and film projects through the years.

Sam established his “Station House” band which remains a musical focus as well as his reggae outfit “FOWOKAN”. Sam was also part of the Cymande tribute projects, Cymande All Stars and Cymande II, alongside Mike Rose and Pablo Gonzales. 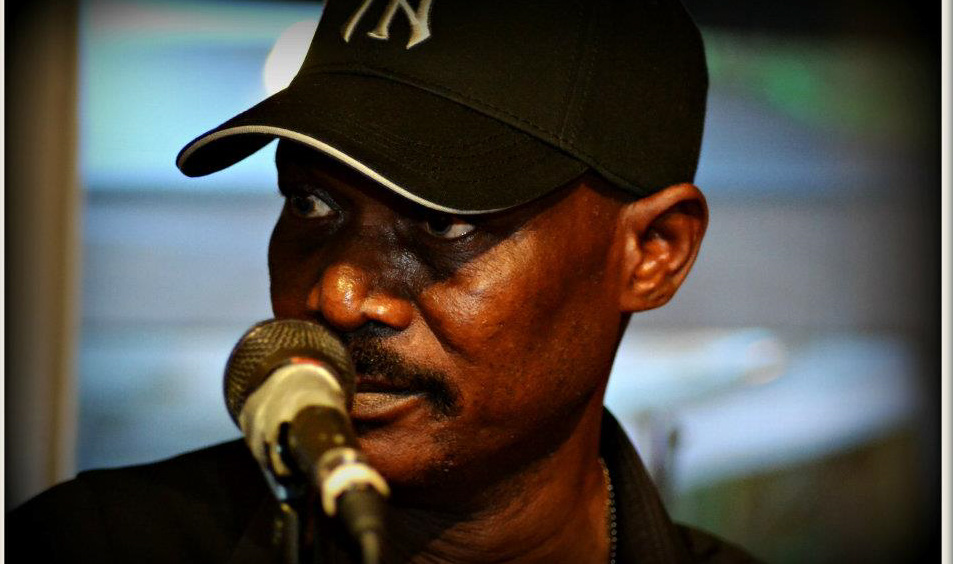 Trevor is a highly respected bass player and vocalist from the early days of reggae in the UK playing with the Rudies in the late 60’s led by Danny Smith and Freddie Notes which became Greyhound in 1970 after Notes’ departure. They also released material as The Tilermen and Des All Stars. The Rudies were Errol Dunn (Lead Guitar), Trevor Ardley White (Bass), Sonny Binns (Keys), Danny Bowen Smith (Drums) and Freddie Notes on vocs. Greyhound released the album Black and White on Trojan in 1972.

After Greyhound disbanded Trevor went on to have further hit records as a founder member of the Funkmasters a band that had a UK top 10 hit with the song “It’s Over”.

In 1983 Patrick and Trevor formed View From The Hill. Trevor has worked with Bob Marley and Johnny Nash, Toots and the Maytals, Owen Gray, John Holt, Nicky Thomas, Jimmy Cliff, Cymande and many more.

Other notable members from the past