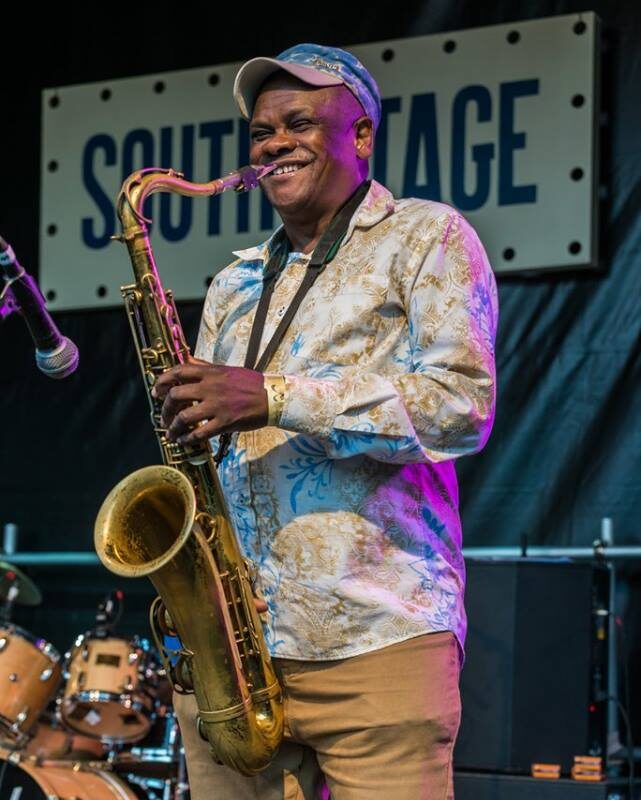 Dear Friends and fans of Cymande once again, and regrettably, we convey the sad news of the loss of a beloved brother and wonderful lead saxophonist Ray Carless. Ray fell into sleep on the 11th August 2022, after a brave and difficult battle with cancer which he had struggled with in recent years. He overcame an earlier bout a few years ago and we had the privilege of working with him after his recovery for several great musical years and on many great musical journeys

Ray is the third of our beloved team to pass since 2020, he follows Trevor White and our talismanic original member, percussionist Pablo Gonsales, both of whom passed away in 2020. Ray’s death is an enormous loss to his family, friends and to British black music generally.

Ray’s role in the growth and development of black music in Britain is well known and appreciated. That fact is reflected in the many poignant tributes made and posted in remembrance of him since his passing, for example the moving tribute by Orphy Robinson. He was deeply involved in the development, growth and appreciation of black music and black musicianship in the United Kingdom and abroad. Ray was a leading light in continually demonstrating that black music is a force to be reckoned with, where once it was ignored. In that endeavour he worked with many acts, from the famous and enormously successful to the small emerging artists and bands on tours and in sessions, while simultaneously maintaining a grass roots entity under the banner of “Club Skaaville.

Ray’s contribution to the cause of black music is exemplified by his work with major British black acts. In that endeavour, he helped to increase the profile of black music and black musicians in every genre from jazz to reggae to rock and soul. His skill as a soloist was both innovative and influential; his work with numerous and varied musical acts standing as testament to his versatility and the appreciation he received from those who worked with him.

Ray made an amazing and important musical contribution to British Black music as a band member, session player and mentor to many young musicians, to whom he was a true British black music icon. Over the years he was involved in the creation of a wonderful body of musical audio and visual works that will contribute significantly to the legacy of black music in the U K; a cause that we have all fought so hard to have acknowledged and respected.

Cymande has had the privilege and pleasure of having Ray among its membership and as part of its body of great musicians, his departure is a great loss to us and the UK music industry in general. We are grateful for the privilege of having had Ray’s skill and expertise contribute to the Cymande cause.

May his music, talent, and spirit live forever.